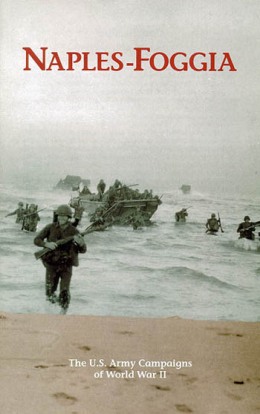 In the last of Babe’s letters transcribed on this site, he wrote on Sept. 10, 1943: “Right now I’m listening to the news over my radio and he is telling us about the landings at Naples.”

Babe is writing about Operation Avalanche, the allied invasion of Italy, which came less than two months after the Italian king, Victor Emmanuel III, removed Benito Mussolini from power, according to this U.S. Army pamphlet on the Naples-Foggia campaigns.

In fact, that act occurred just four days after Babe arrived in Casablanca. His time in Northern Africa was presumably in preparation for his move into Italy with the 34th Infantry — though the 34th was not part of the initial invasion force, according to the army pamphlet.

According to the introduction to the army’s account of the invasion:

In the early morning hours of 9 September, the approximately 450 ships of Operation AVALANCHE assembled off the Salerno coast. Elements had sailed from Sicily and from Tripoli, Oran, and Bizerte in North Africa, some as early as 5 and 6 September. German aircraft had attacked part of the fleet, so (Field Marshal Albert) Kesselring (Hitler’s appointed defender of the Nazi’s front in southern Italy) knew that an Allied assault force was assembling but was uncertain where the blow would fall. German units were on alert, but were unable to defend all possible invasion sites.

Clark expected to meet some 39,000 enemy troops on D-day and about 100,000 three days later after German reinforcements rushed to Salerno. He hoped to land 125,000 Allied troops. The British 10 Corps on the left was to land its two divisions abreast south of Salerno. The U.S. Rangers and the British Commandos were to land at beaches west of Salerno and secure the left flank by seizing key passes through the mountainous Sorrento peninsula between Naples and Salerno. Control of the passes would permit a rapid exit from the Salerno plain and protect the beachhead from German counterattacks from the north.

So, as I noted earlier Babe was not part of the initial invasion force, although it appears that Luca George Conte, whom we have met in earlier posts, was. According to a document written by his son, “All indications are that (Luca George) was in on the initial invasion force, which did not meet immediate strong resistance on the beach, but did meet intense German resistance in efforts to move inland into the mountains, thus delaying northward movement to Naples for almost one month.”

As it happens, the army pamphlet that details the movements of army post offices (APOs) notes that the 34th Infantry moved into Italy on Sept. 21, 1943.